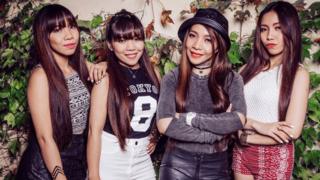 Girl group 4th Impact has missed out on a place in next week's X Factor semi-final by becoming the latest act to be eliminated from the show.

The group, being mentored by judge Cheryl Fernandez-Versini, landed alongside Rita Ora's contestant Lauren Murray in the sing off.

The girls thanked the British public who voted for them saying: "You guys accepted us and welcomed us into your hearts and that's unforgettable, thank you so much."

The vote went to a deadlock with 4th impact receiving the lowest number of votes and being sent home.