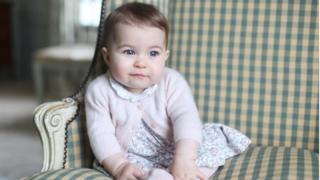 HRH Duchess of Cambridge
The photographs were taken in early November

New photographs of Princess Charlotte have been released to mark her reaching six-months-old.

The two pictures of the princess were taken by her mother, the Duchess of Cambridge, at their family home, Anmer Hall in Norfolk.

The duchess took a photo of her two children - George, aged two, and Charlotte - a few weeks after her daughter was born in May.

The last time the princess was seen in public was in July at her christening. 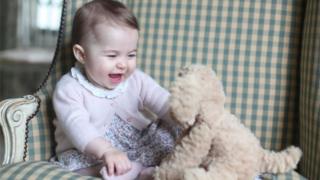 HRH Duchess of Cambridge
This is the second photo released of Princess Charlotte, which was snapped by her mother 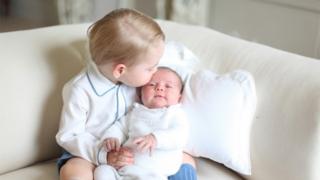 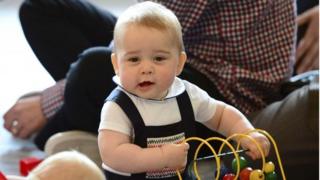