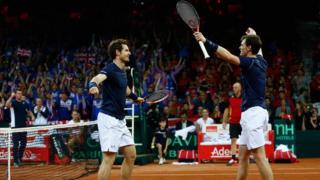 Great Britain are one win from a first Davis Cup title in 79 years following Andy and Jamie Murray's doubles victory against Belgium. 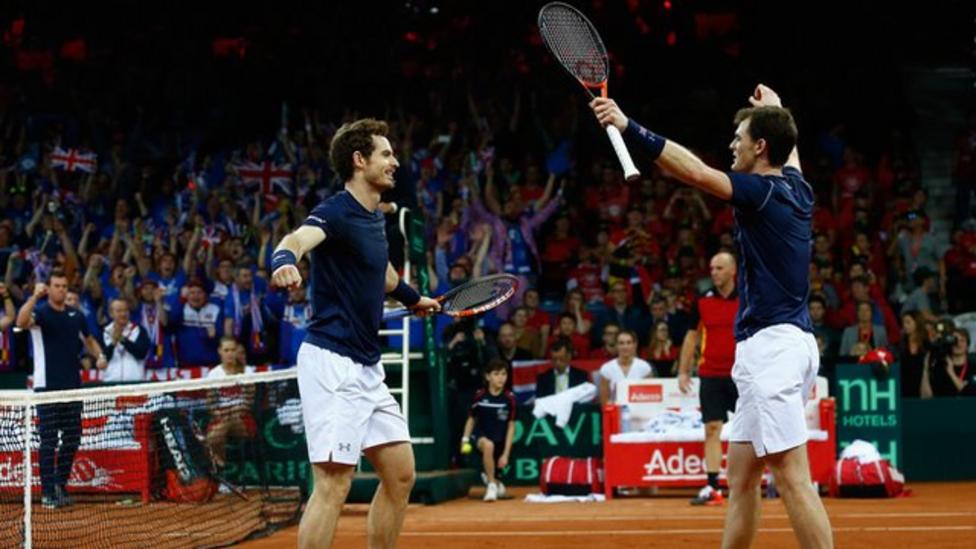