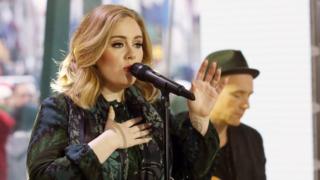 Adele's new album 25 has sold more than 800,000 copies in its first week of release - the highest ever figure for a single UK chart week.

The album sold more copies than the next 86 albums in the chart added together, and has become the first album to sell more than 100,000 downloads in a week.

Official Charts Company boss Martin Talbot said: "No album has ever sold 800,000 copies to reach number one in the history of British music."

"More records will be toppled as Adele fever grips the nation in the run-up to Christmas," he added.

The previous record was held by Manchester band Oasis. Their album Be Here Now reached number one with sales of 696,000 in 1997. 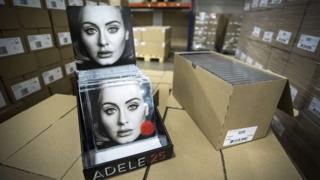