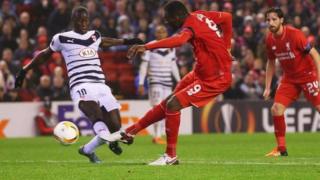 Liverpool reached knockout stage of the Europa League after coming from behind to beat French side Bordeaux.

Henri Saivet fired Bordeaux ahead after Reds keeper Simon Mignolet gave away a free-kick for holding on to the ball for 20 seconds - the maximum time allowed is six.

With one round of group games left, the Reds are guaranteed a top-two finish. 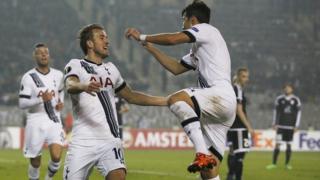 FK Qarabag 0-1 Tottenham: Harry Kane scored his ninth goal in six games as Tottenham secured their spot in the Europa League last 32 with victory at Azerbaijan side Qarabag. The England international nodded in when Son Heung-min flicked on Christian Eriksen's corner.

Celtic 1-2 Ajax: Scottish side Celtic exited the Europa League at the group stage as Ajax grabbed a late victory on Thursday night. Celtic's third group defeat leaves them bottom of Group A with just two points.