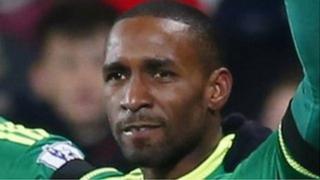 Sunderland got their first away win of the season, beating Crystal Palace 1 -0 in the premier league.

Jermain Defoe's late goal moved the team up to third from the bottom in the league table.

They have nine points, just one behind north-east rivals Newcastle.

How to become as deadly as Defoe with Danny and Andy