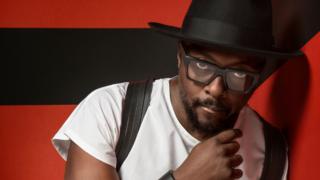 will.i.am has been a judge on The Voice

ITV has announced that it will be broadcasting The Voice and The Voice Kids from 2017.

A children's version of the talent show is expected to run for at least two series,

There are already 30 versions of The Voice Kids globally, including in Australia and France, but this is the first time it will be on in the UK.

Peter Fincham, director of television at ITV, said he was "thrilled" to have the singing contest.

He said it would be joining other popular talent contests already on ITV including The X Factor and Britain's Got Talent.

The last series on the BBC will feature Paloma Faith, Boy George, Ricky Wilson and will.i.am as judges.

Mason and Anton latest to leave the X Factor

See pictures from behind the scenes at Strictly