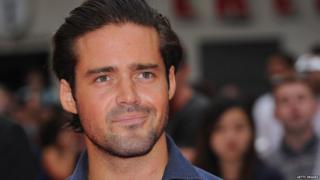 Spencer Matthews has left I'm A Celebrity... Get Me Out Of Here, after just a few days.

The reason for his departure hasn't been confirmed by the programme.

The reality star was a late addition to this year's campmates and hadn't entered the main camp yet.

Instead, he spent his first few days in Snake Rock, a separate camp away from most of the other celebrities.

Along with fellow reality TV stars Ferne McCann and Vicky Pattison, he took part in a Bushtucker Trial where they had to put their head in boxes and had crickets and cockroaches dropped on to them.

A show spokesperson for ITV said "We're sorry to see him leave."