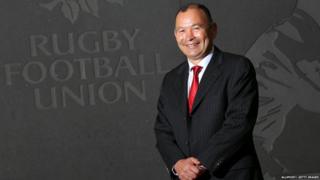 Eddie Jones has been unveiled as the new head coach of England's rugby team.

But how much do you know about him? Here's five facts all about the new man in charge.

1. HE WAS BORN IN TASMANIA

Eddie Jones was born in 1960 in Tasmania, an island state off the coast of Australia. His dad is Australian and his mum is Japanese. 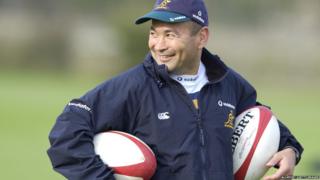 Eddie Jones, or Mr Jones as his pupils would have called him, used to be a school teacher and head master before deciding to be a rugby coach full time. 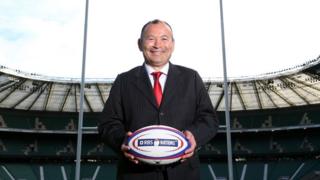 He's previously coached the national team in Australia, taking them to the World Cup final in 2003 when they lost to England. At the 2015 World Cup he coached Japan to a famous win over South Africa. He was also Technical director with the South Africa team that won the World Cup in 2007.

When Eddie was a player himself he played for Randwick and New South Wales teams but never represented Australia at a national level. 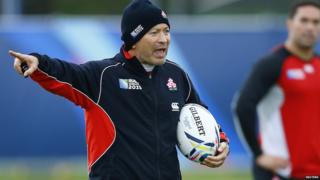 5. HE WORKS HIS PLAYERS HARD

It's been claimed Jones was called the devil for how hard he made the players work when he was coach of Japan.

But Jones said: "Every side is different. You can be a devil one day and an angel the next day. We don't know what I'm going to be."

Should England have a foreign coach?