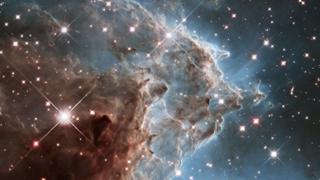 NASA/HHT
The Monkey Head Nebula is full of new stars and cosmic dust.

For the first time ever, scientists have seen how planets are formed from clouds of cosmic dust.

Scientists watched the event taking place around a star in the constellation of Taurus; about 450 light years from Earth.

This is the first opportunity scientists have had to directly see how a planet is born.

The time it takes for a planet to form is something many scientists have debated over.

Zhaohuan Zhu, an astrophysicist from Princeton University said that "little is known" about the process.

How is a planet formed? 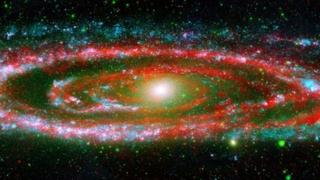 NASA
The Andromeda is full of new stars and surrounded by cosmic dust.

What scientists do know is that planets are made from the leftover cosmic dust from a newborn star.

After many years the dust comes together and a planet begins to take shape, and over time the dust helps it to grow in size.

More research is being done by scientists to see if planets grow at different speeds.