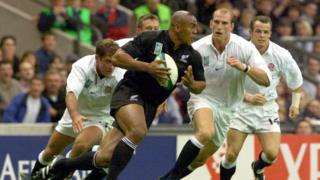 Jonah Lomu, thought to be one of New Zealand's greatest rugby players of all time, has died aged 40.

He became a star all around the world after scoring four tries against England in the 1995 World Cup in South Africa. 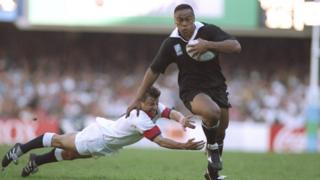 He had been diagnosed with a rare kidney condition by 1996 which forced him to quit rugby.

Jonah had a kidney transplant in 2004, but the organ stopped working fully in 2011.

"Jonah was a legend of our game and loved by his many fans both here and around the world," said New Zealand Rugby chief executive Steve Tew.