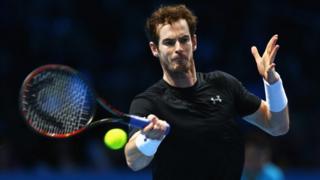 Andy Murray has started with a win at the ATP tennis finals in London after beating David Ferrer in straight sets.

Murray won 6-4, 6-4 against the Spaniard who's ranked seventh in the world.

He admitted hat there were parts of his performance that he could improve.

"Returns were a little bit off today, especially on the second serve. That was the one thing I think I could have done better," he said.

Murray now meets Rafa Nadal in his next match on Wednesday. 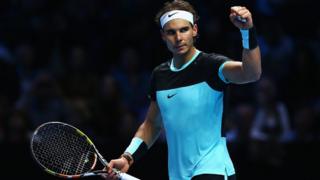 "I'm very happy to start like this, that's important for my confidence. The last couple of weeks I've been playing well. I have the same motivation, the same spirit to keep improving my tennis," said Nadal.