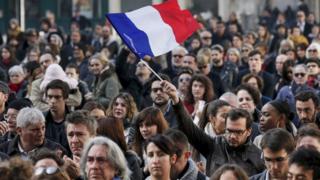 People across Europe took part in a minute's silence to show their support for people affected by Friday's attacks in Paris, France.

Many have continued to lay flowers or light candles around the French capital.

Jenny sent this report from Paris. 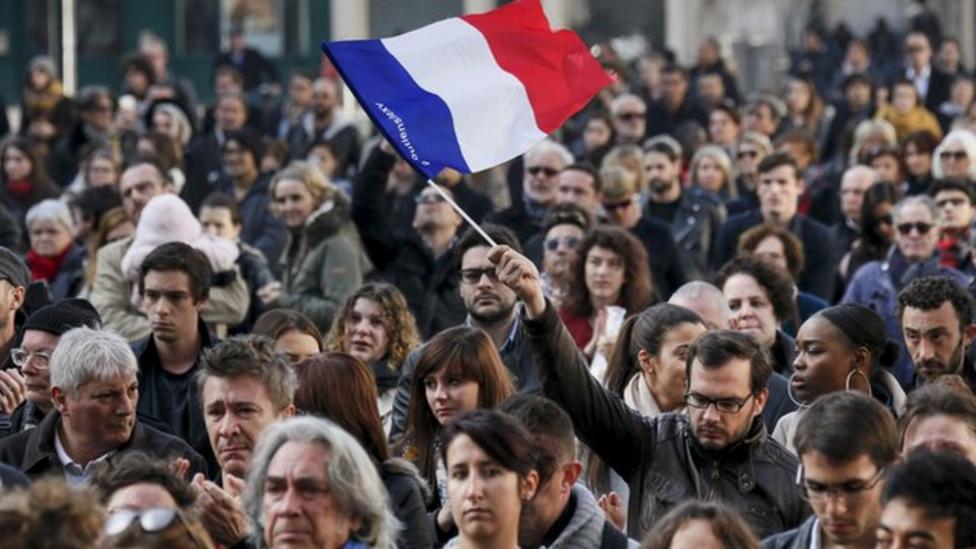