The whole of Europe has stood in silence for one minute as a show of support to the people of Paris, France.

The French president, Francois Hollande, stood in a crowd of students in Paris at Sorbonne university.

Across the French capital people paid their respects. 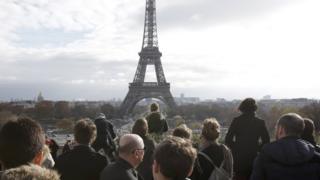 In Berlin, in Germany, people gathered outside the French Embassy building. 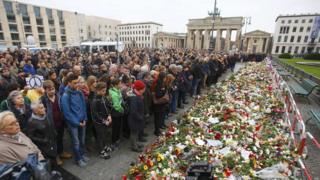 Throughout the weekend, people around the world have been gathering in towns and cities lighting candles and leaving messages.

There are lots of problems and fighting in Syria and Iraq.

One cause is the difference between two groups - Sunnis and Shias - who both follow the religion of Islam.

World leaders have been offering their support to France.

The British Prime Minister David Cameron said, "Our thoughts and prayers are with the French people. We will do whatever we can to help."

Over the weekend sports fans and players also stopped to show their respect to Paris.

A minute's silence was held at the World ATP tennis finals in London on Sunday.

England players also stood in silence during their training session on Monday morning. 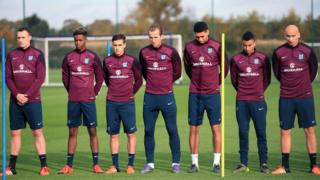 England are due to play France in a friendly match on Tuesday November 17th.

Paris: The world of sport pays tribute to attack victims

Paris: Support from around the world