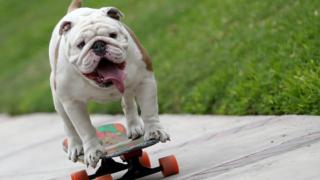 A bulldog called Otto has broken the Guinness World Record for skateboarding through the 'longest human tunnel'.

The three-year-old pooch passed through the legs of 30 people.

He was cheered on by a huge crowd of people who watched the cute canine's record attempt in astonishment.

Otto was presented with an official certificate at the event which took place in Peru. 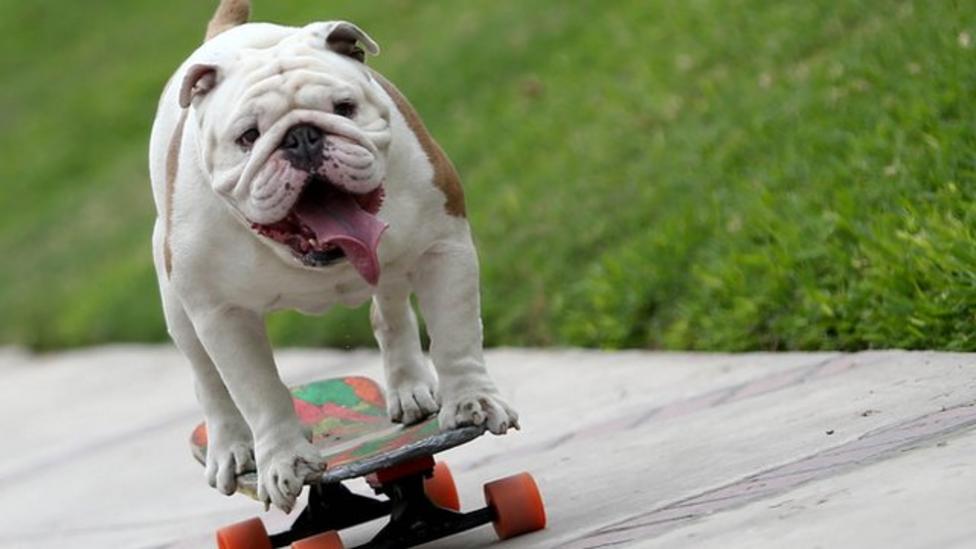