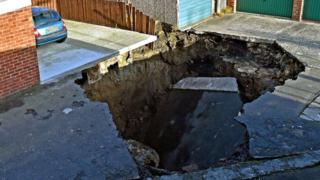 A six metre sinkhole has opened up on a street in Gosforth, in Newcastle.

The crater appeared on Thursday morning after residents reported hearing a 'rumbling sound'.

No one was injured and police and council staff are now investigating cause of incident.

It's believed there may be an old mine below the street that may have collapsed. 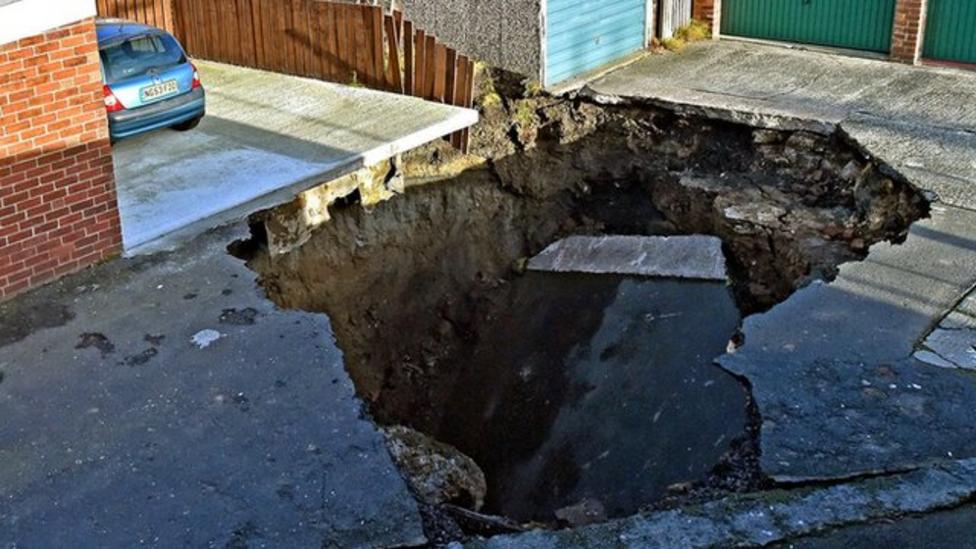