One Direction to release new album 'Made in the AM' 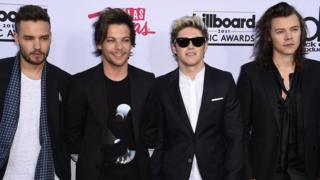 One Direction will release their new album, Made in the AM, on Friday.

It's the first album by the band since they announced their break from One Direction, and the first since Zayn Malik left the group.

The album comes after the band played the last concert of their world tour in Sheffield on Halloween, with some fans worried that it could be their last.

Made in the AM will go head-to-head with Justin Bieber's new album, Purpose, which is released on the same day.

Day eight: All of GB's Paralympics medals so far