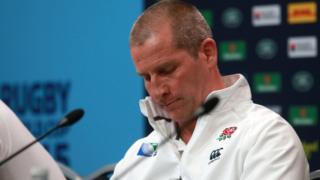 David Davies
Stuart Lancaster has left his job as the head coach of England rugby, after their disastrous performance at the World Cup

He'd been under pressure to quit since England's poor performance at the Rugby World Cup last month. 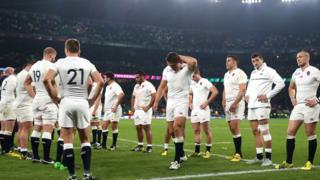 David Davies
England were beaten by Australia in the Rugby World Cup, ending their dreams of winning the tournament on home soil

England were the first host nation ever to be knocked out at the pool stages in the World Cup. The tournament was eventually won by New Zealand.

Announcing his resignation, Lancaster said: "I am obviously extremely saddened to finish the way we did in this World Cup and to step down."

The Rugby Football Union, which is in charge of English rugby, has already started looking for a new head coach.