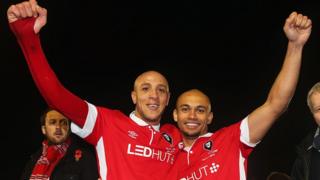 Salford City are celebrating after they knocked professional team Notts County, out of the FA Cup.

The Northern Premier side is made up of part time players and sits 59 places below League two team Notts County. 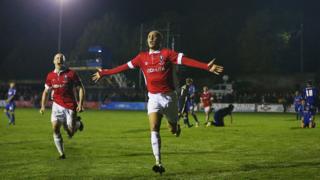 Salford outplayed Notts County, sealing the win, thanks to a spectacular run and finish from substitute Richie Allen.

They are Ryan Giggs, Paul Scholes, Nicky Butt and brothers Phil and Gary Neville, held on to their lead for an historic 2-0 win.

Man City to take on Real Madrid in Champions League