Sharm el-Sheikh is a holiday resort in Egypt, which is popular with many people from the UK.

Thousands go there on holiday every year and large numbers of Brits are currently stranded there, unable to get home.

It's because the British government has stopped all UK flights going in and out of the area until they are sure everyone travelling is as safe as possible.

Here we explain why. 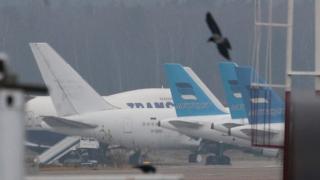 The UK government made the decision to stop all flights after a plane crash that happened last week.

A flight set off from Sharm el-Sheikh airport in the early hours of Saturday morning. It was headed to Russia but the plane crashed soon after taking off and everybody on board lost their lives.

Events like this are really rare so authorities are still investigating why the plane crashed but the British government suspect that a bomb onboard could have been the cause.

Officials in Russia and Egypt are currently trying to find out more about what happened to make sure it doesn't happen again.

They believe that more evidence is needed before anybody can say, for sure, what happened. 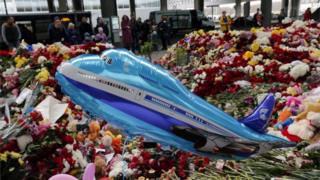 EPA
Tributes to the victims of the crash

How many people are affected?

At the moment, there are around 20, 000 people from the UK who are on holiday in the area.

Anyone who was due to travel home has been sent back to their hotel to wait for more information.

The resort of Sharm el-Sheikh is considered to be safe, and the authorities say tourists there are not at any risk. 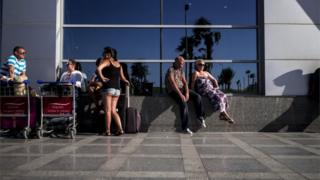 Events like this are extremely rare, and the government just wants to make sure that British tourists are as safe as possible.

They sent people to Egypt to help with security at the airport, and officials are continuing to investigate the reason for the crash.

It's hoped that flights will start again on Friday but, for the time being, the British government doesn't want anyone travelling to, or from, the area until they make sure everything is as safe as it can be.