How do you become an astronaut? 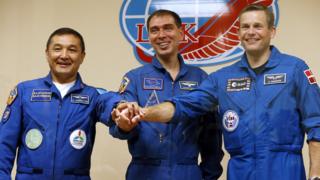 Nasa has announced that it will be launching a new search for astronauts to go on future space missions.

This is part of their plan to get people living on Mars within the next 20 years.

The US space agency is looking for people who are physically strong, have skills in maths, science and engineering, as well as having jet-pilot flying experience!

Nasa will be accepting applications from 14 December through to mid-February 2016. It will hopefully announce the new astronauts in 2017.

So what does it take to be an astronaut...

You've got to be smart

In order to be considered to be an astronaut you have to have studied subjects like science, maths or engineering at university.

This is so that you can carry out experiments in space and then send back the results to scientists on Earth.

A good education also helps astronauts understand how to fix things in the spacecraft and keep everything running smoothly.

You've got to be strong

Living in space causes all kinds of problems for the human body, including having weaker bones and losing muscle strength.

After five months in orbit above the Earth, an astronaut would typically lose as much as 40% of muscle and 12% of bone mass, according to Jeremy Curtis from the UK Space Agency.

Astronauts use special gyms on board the International Space Station to help keep their muscles active.

During blast-off, astronauts can experience three times the force of gravity pressing down on them, than humans are normally exposed to here on Earth. They have to be physically strong to deal with this.

You've got to be brave

Spacemen and women have to go through some pretty tough training before they become official astronauts.

Scientists have to be sure that the trainee is strong enough both physically and mentally to live and work in space. 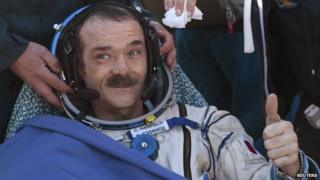 It can get lonely when your family is home on Earth, so they have to be emotionally strong until they see them again.

As part of their job astronauts might need to explore new places humans have never been to before, so they need to be courageous.

British astronaut has been chosen for space mission

Astronauts: What are the effects of space travel on the human body?