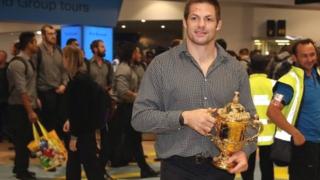 Rugby World Cup champions, the All Blacks, have arrived home in New Zealand to a hero's welcome at Auckland International Airport.

Air New Zealand staff performed a haka, a traditional Maori battle dance, for the players and hundreds of supporters cheered and screamed as the team entered the arrivals hall.

The match saw the All Blacks win 34-17 to become the first team to ever win back-to-back titles. 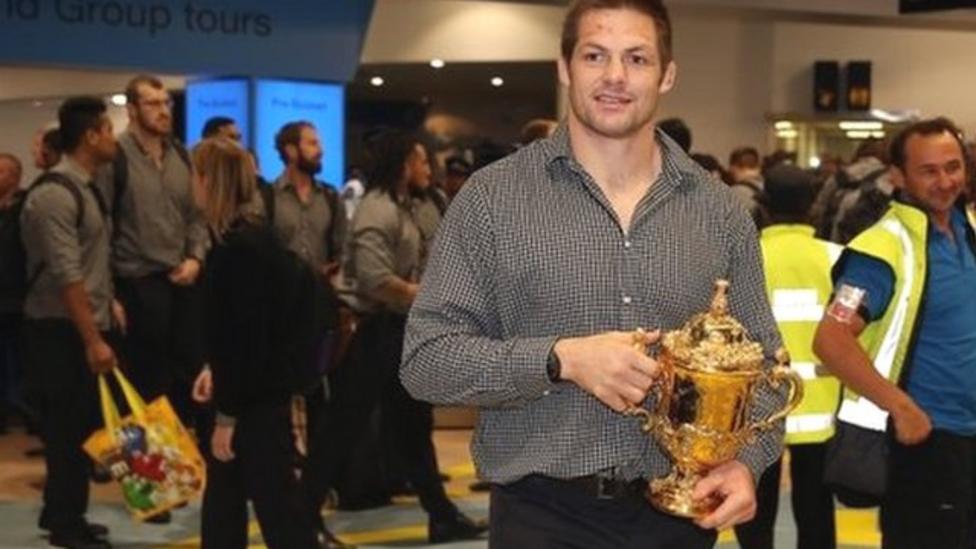