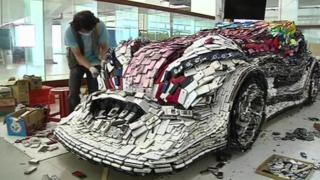 It's a car - and it's life size - but it's made totally from old mobile phones.

He says he wants to raise awareness about rubbish and waste and how we dispose of things.

He says his car shows how a pile of rubbish can be recycled and converted into a piece of modern art. 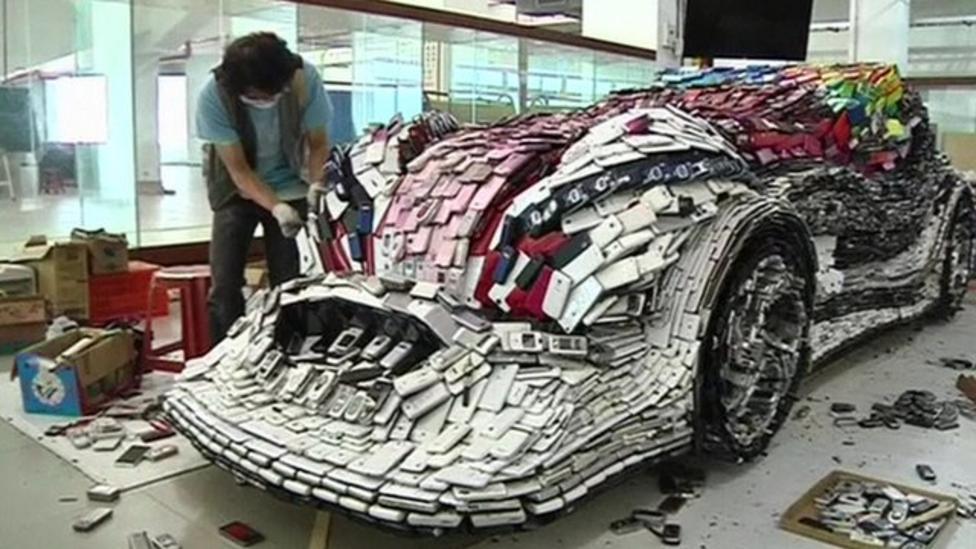