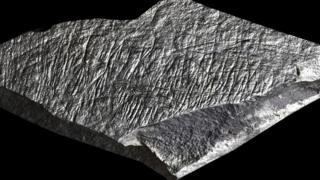 People working on an archaeological dig in Jersey have found pieces of stone criss-crossed with carved lines - which could be some of the oldest ancient art ever found in the British Isles.

It's thought it comes from the end of the last Ice Age - around fourteen thousand years ago.

They are the first of their kind ever found in the British Isles.

But they are similar to engravings from 13,000 to 16,000 years ago which have already been found in France and Germany. 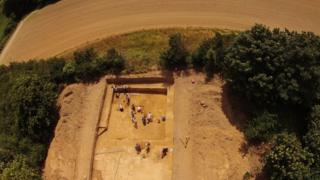 The pieces found in Jersey could be from a much earlier period in history, than bones and art found carved into stone walls at Creswell Crags in Derbyshire in 2003.

Now a team from London's Natural History Museum (NHM) are looking at the pieces under specialist, powerful microscopes to learn more.

Dr Silvia Bello, from the NHM says "We can already say the stones are not natural to the site, they show clear incised lines consistent with being made by stone tools'' 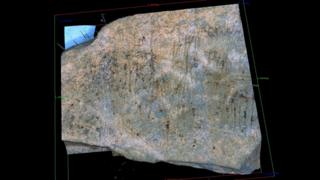 Dr Chantel Conneller from the University of Manchester says teams have been working for five years at the site in Les Varines in the south east area of Jersey.

She says it was an area where several ''hunter-gatherer cultures'' lived.

They were called the Magdalenians.

They travelled widely across Europe, as the ice melted up to 16,000 years ago. 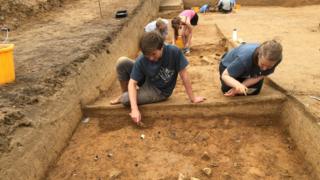 La Manche Prehistorique
"Five years of patient work" at the dig has led to more than 5,000 discoveries

Stone fragments like these found now are thought to be from larger stones that were smashed up.

The stones found in camps in France and Germany were covered in repeated lines.

The team says they can see the imprint of several different stone tools that were used on the stones found in Jersey.

"It certainly seems to be something that's re-engraved over time," said Dr Conneller. 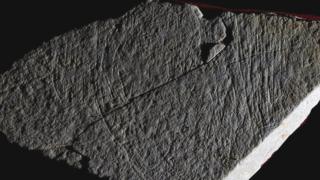 Sarah Duffy/Ice Age Island
Some of the carved lines are curved, most are straight

Now the team hope they can find many more here in the British Isles.

"We're hoping this is a hint of what is to come, because at some other sites you get hundreds of these pieces. What we've got at the moment is only a fragment of something much larger," said Dr Conneller.

Amazing artwork on a pencil tip

Rare tortoises have their shell engraved to survive