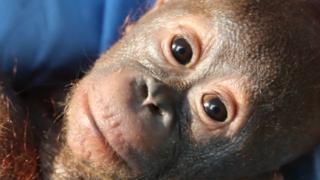 When International Animal Rescue (IAR) found the baby orangutan in a cardboard box in Borneo he was very poorly.

The little primate, named Gito, was suffering from a skin disease and he had lost most of his hair.

He was dehydrated and malnourished because he didn't have enough food or water.

But now after being cared for by a team of vets, just seven days on, the charity say it hopes to return him to the wild. 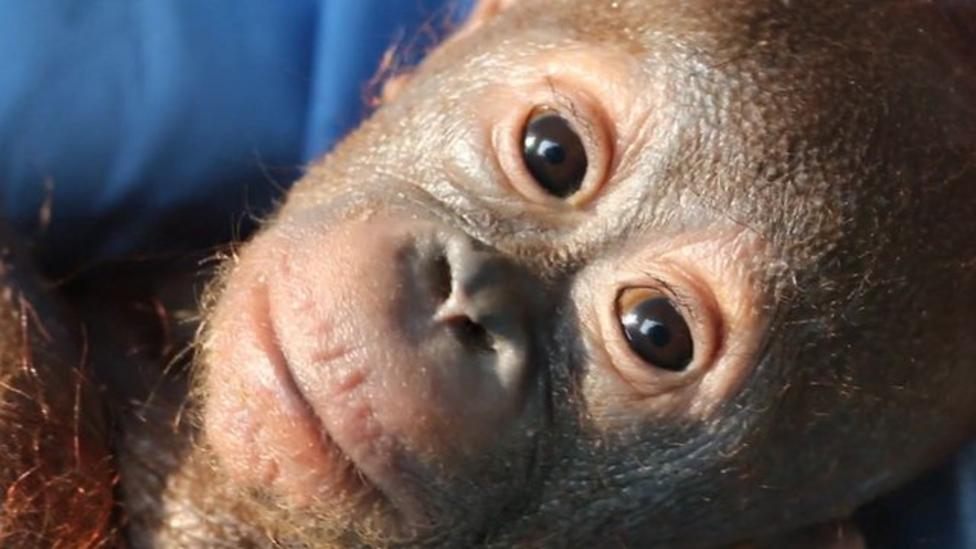