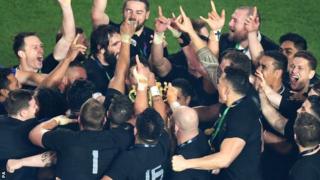 New Zealand held off a fierce Australian comeback to win a thrilling World Cup final and become the first team to retain their title.

The match at Twickenham saw the All Blacks win 34 - 17 over Australia.

Tries from Nehe Milner-Skudder and Ma'a Nonu had given the All Blacks a 21-3 lead early in the second half before David Pocock and Tevita Kuridrani struck back. 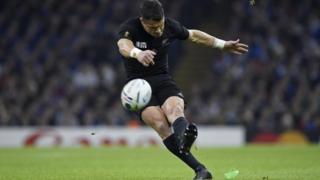 With 15 minutes to go there were just four points in it, but a long-distance drop-goal and penalty from Dan Carter snatched back control.

And when replacement Beauden Barrett sprinted away to score a try in the final moments of the match, history was made.

The win also meant that New Zealand have become world champions for a record third time.