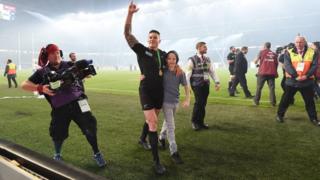 Charlie ran on to the pitch during New Zealand's lap of honour at Twickenham stadium last night. 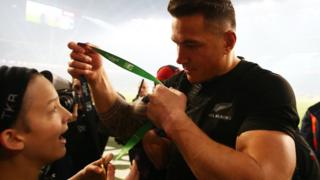 Getty Images
The New Zealand centre handed over his medal

The New Zealand centre took Charlie with him on his lap of honour before giving him a surprise he will not forget. 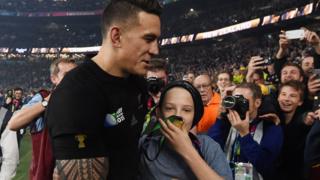 Williams handed over his Rugby World Cup winners medal in front of a stunned crowd.

He told New Zealand News afterwards: "I was walking around doing a lap of honour with the boys and a young fella came running out and he got smoked by the security guard, like full-on tackled him. I felt sorry for the little fella." 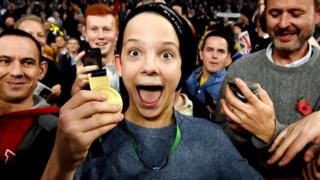 EPA
Charlie shows off his medal