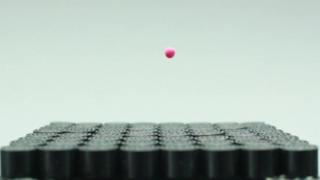 Similar to gadgets in films like Star Trek, the beam moves objects without touching them.

This creates a force field that keeps the objects in place.

By carefully controlling the loudspeakers the object can be either held in place, moved or rotated.

The beam has been tested on small pea sized objects. 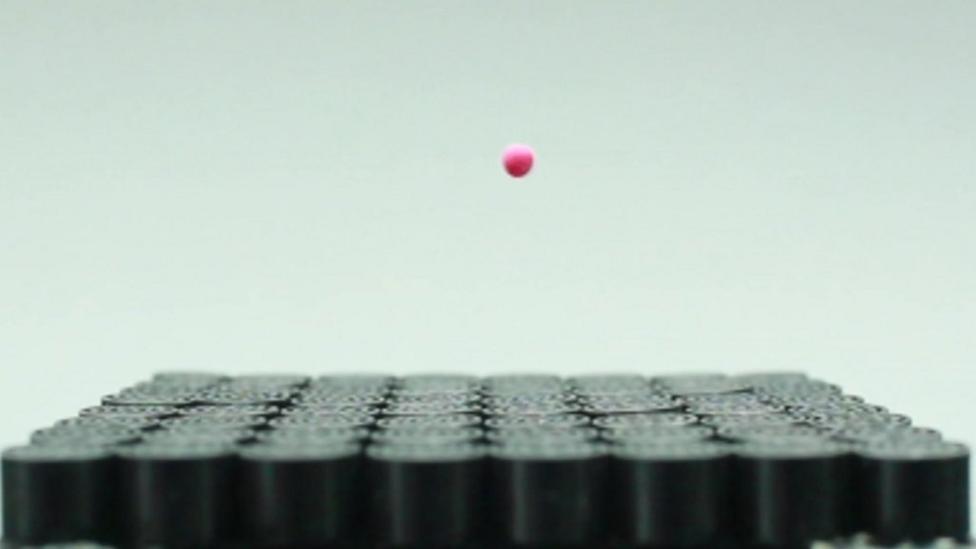