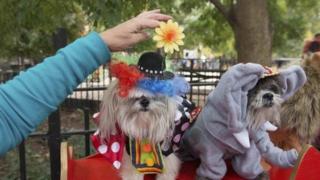 Dogs dress up for Halloween parade

The costumed canines took part in a runway competition, hoping to earn thousands of dollars in prize money.

Creative costumes on display included superheroes, dinosaurs and a dog dressed as an alligator. 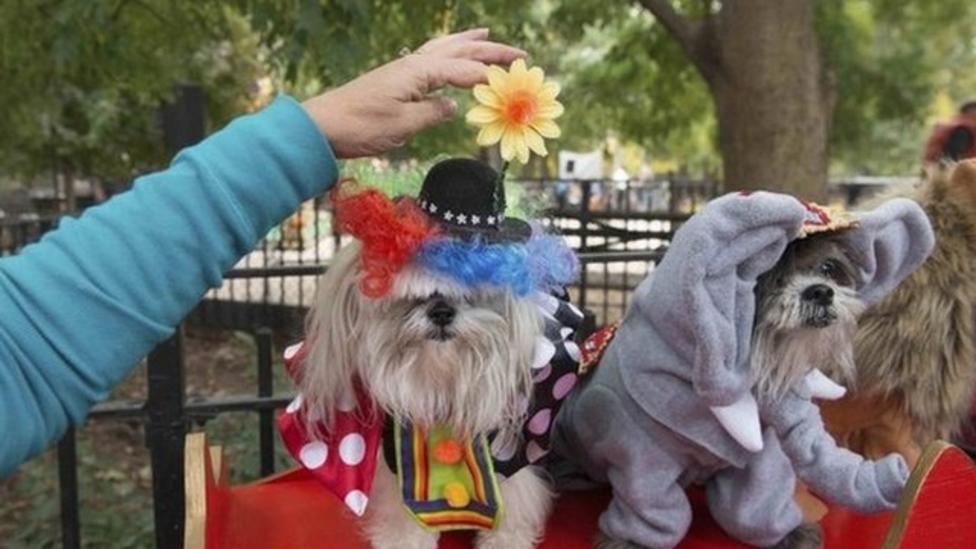 Dogs dress up for Halloween parade