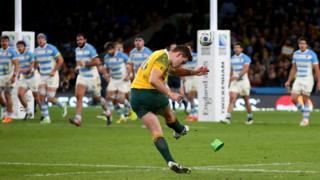 Australia will play New Zealand in the World Cup final after beating Argentina in a thrilling semi-final clash.

Three first-half tries and some fabulous kicking from fly-half Bernard Foley got the Wallabies well on their way to victory.

Argentina didn't give up and Nicholas Sanchez kicked five penalties to bring the Pumas within 7 points with less than half an hour to play.

But Ashley-Cooper completed a hat-trick of tries late on to secure victory. 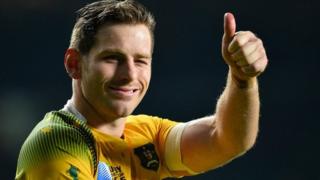 Australia and New Zealand have both won the World Cup twice - but who will be crowned three-time World Champs first?

We'll have to wait for next weekend to find out...