One of Pluto's tiny moons has finally been revealed 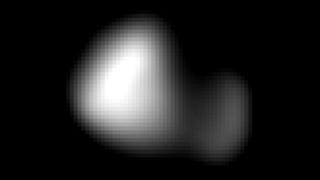 What you are looking at is an image of Kerberos, one of Pluto's tiny moons.

It shows the object to have two lobes, one slightly larger than the other, which scientists believe may be due to icy bodies of matter bumping into each other and joining up to form this unusual shape.

Kerberos orbits about 60,000 kilometres from Pluto and is one of five moons. It sits between Nix and Hydra, and beyond the orbits of Styx and the much larger Charon. 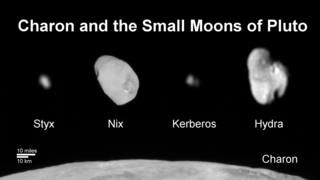 NASA/JPL-JHU/SwRI
Charon (at bottom of picture) is by far the biggest satellite in the system with a diameter of 1,212km

It may look blurry, but the New Horizons probe is 5 billion kilometres away from earth after all!