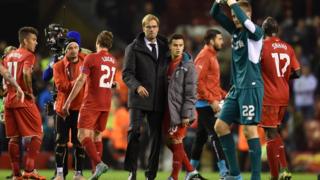 New Liverpool boss Jurgen Klopp went through a frustrating first game at Anfield as the Reds were held to a draw by 10-man Rubin Kazan in the Europa League.

The visitors took the lead through Marko Devic's half-volley before captain Oleg Kuzmin was sent off for a second yellow card.

Liverpool eventually equalised before half time when Emre Can tapped in following a free-kick.

The result means Klopp's men sit second in Group B and have drawn all three of the group games so far. 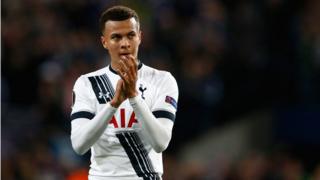 Meanwhile Tottenham slipped to third in their group, losing to Belgian side Anderlecht.

Spurs took the lead thanks to Christian Eriksen but Guillaume Gillet fired in an equaliser before Anderlecht's top scorer Stefano Okaka secured victory in the 75th minute.