Crocodiles sleep with one eye watching 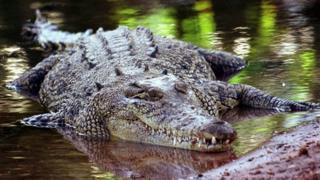 Zoologists in Australia say they have discovered that crocodiles can sleep with one eye open.

This suggests that only half the brain shuts down at any one time, one side stays active while the other half has a rest.

Crocodiles join a list of other animals with this ability, which includes some birds, dolphins and other reptiles. 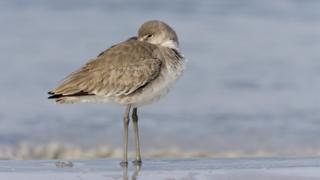 The study was done in an aquarium at La Trobe University in Melbourne, Australia.

It was lined with infra-red cameras, to watch the animals all day and night.

The researchers also found that when the animals were snoozing in the presence a human, that single eye tended to follow the potential risk. 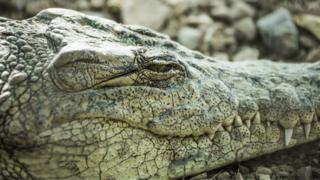 This suggests they are leaving one eye not just open, but are still actively looking out for threats and potential predators.

They say they will take recordings from electrodes, placed with care on the crocodiles' heads and publish more data in the future.