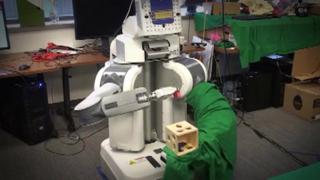 This robot has been developed to learn like a child.

It keeps trying different ways of working, using trial and error to improve what it does.

It's called Brett. That stands for Berkeley Robot for the Elimination of Tedious Tasks.

It can perform various tasks from putting coat hangers on a rack to screwing the cap on a bottle of water.

It does it by using a complicated mathematical formula called an algorithm.

The researchers at the University of California, Berkeley, in the USA believe that if a robot can learn by itself it will be more successful at completing tasks in the real world. 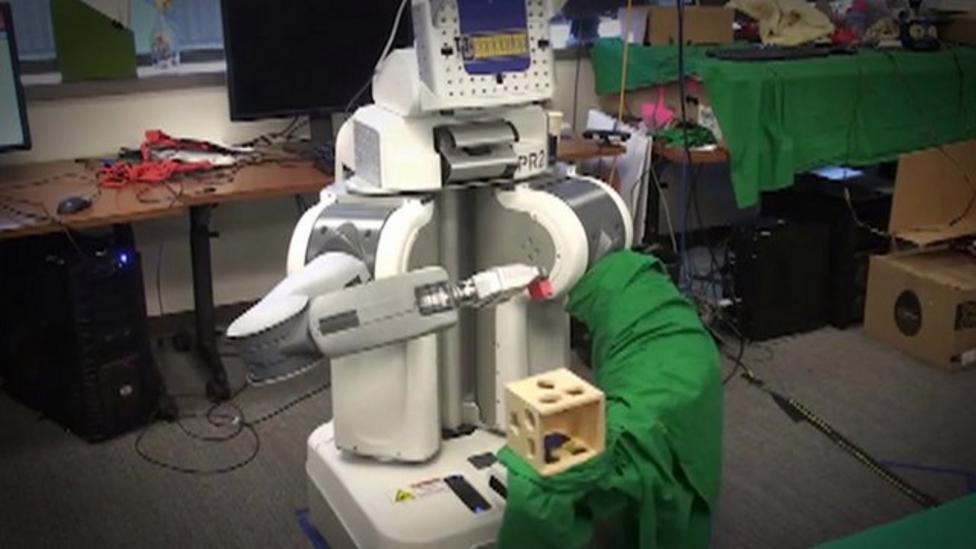