Cheryl's groups on The X Factor all have new names 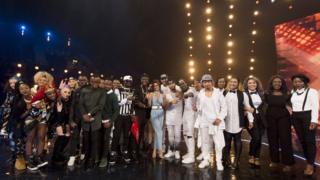 Every single one of Cheryl Fernandez-Versini's groups on The X Factor has had to change their names, a spokesman for the programme confirmed.

4th Power had already been renamed 4th Impact because of worries there could be a previous claim of the name.

But from now on Alien will now be known as Alien Uncovered and BEKLN will change to BEKLN Mile.

Menn On Point have also dropped their group identity and will be known simply as Reggie n Bollie, their first names.

Silver Tone will move on in the competition as Melody Stone, and The First Kings are now called New Kings Order. 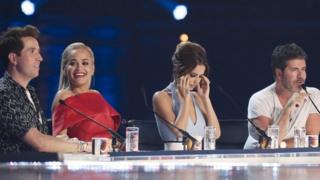 This is not the first time a group has had to change their name on the show because it was already being used by something else; Little Mix were originally known as Rhythmix.

Next weekend's episodes of The X Factor will see the judges' houses stage of the competition.

Simon Cowell is being joined by Louis Tomlinson to judge the overs category, while Cheryl will be assisted by Jess Glynne.

Meghan Trainor is helping Rita Ora make her decisions about the girls and Mark Ronson is teaming up with Nick Grimshaw to choose the boys.