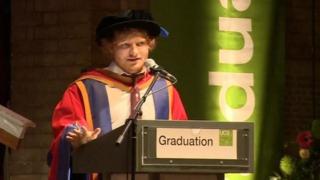 Singer Ed Sheeran has returned to his home county to receive an honorary university degree for his "outstanding contribution to music".

The 24-year-old singer-songwriter, who grew up in Framlingham, Suffolk, quit school at the age of 16 to concentrate on singing.

He was awarded an honorary doctorate from University Campus Suffolk in Ipswich.

"I've had an amazing year... and this makes it even better," he said.

Sheeran has become of one of the world's biggest music stars after selling millions of copies of his albums + and x. 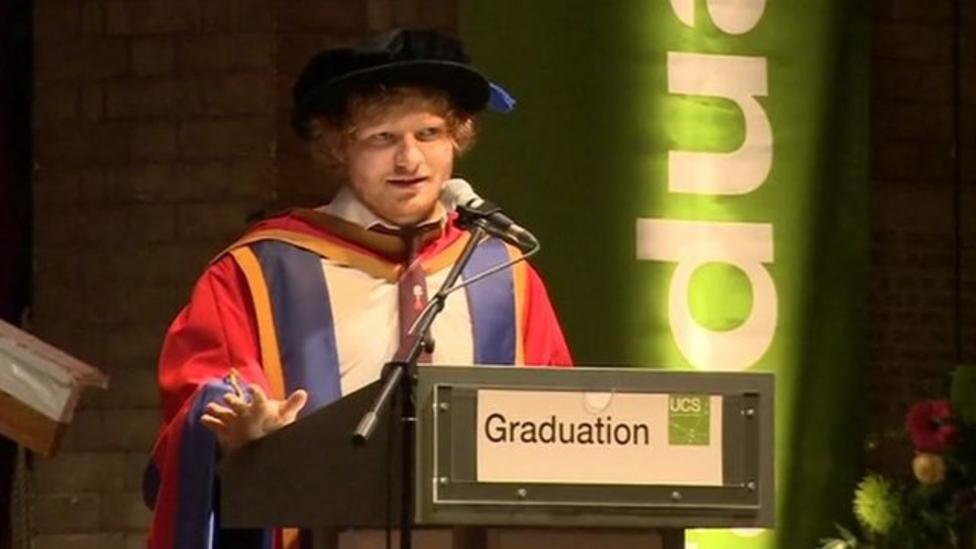