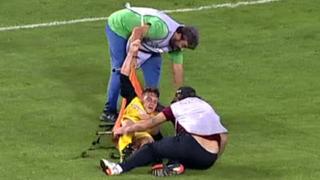 An injured footballer in Greece wasn't given the best treatment when he needed attention on the pitch.

Two stretcher carriers dropped the player as they tried to take him off.

Ergotelis player Leonardo Koutris was dropped not once but twice and then dumped at the side of the pitch during his side's match with AE Larissa in the Greek second division.

His side went on to lose the match 2-1 and Leonardo was later accused of time wasting. 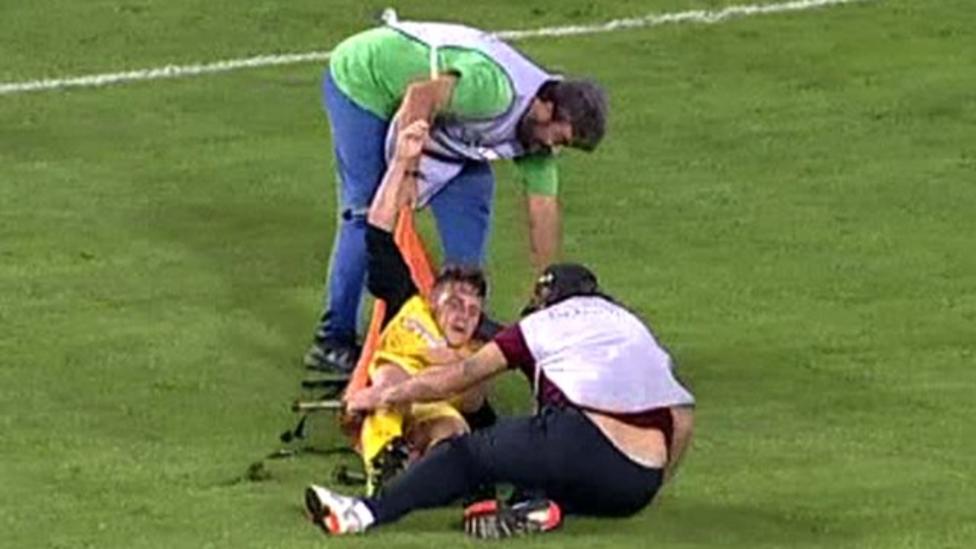