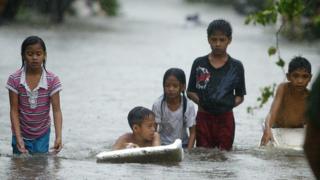 Thousands of people were forced to flee their homes as Typhoon Koppu swept into the northern Philippines in Southeast Asia.

The huge, slow-moving typhoon hit land on the island of Luzon on Sunday morning. 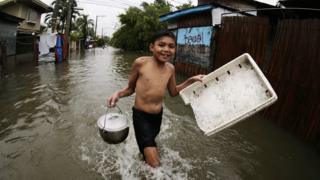 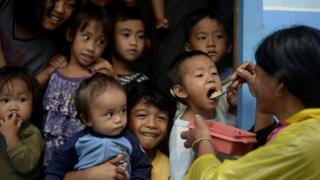 Alexander Pama, head of the government's main disaster agency, said 10,000 people had been moved from their homes in north-eastern Luzon. 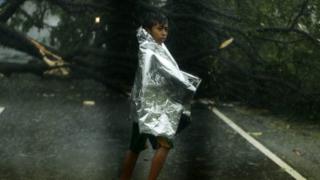 EPA
Trees were blown over in the huge storm 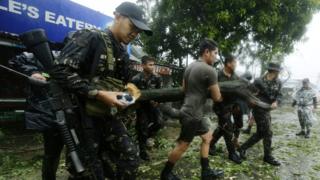 EPA
Soldiers are helping to clear debris from the roads

The Philippines is still recovering from Super Typhoon Haiyan, which devastated the country in 2013.

On Friday, President Benigno Aquino gave a warning on TV, the first time he had done so since Haiyan.

He asked the estimated six million people in the typhoon's path to listen to government warnings and be ready to leave their homes if they needed to.

But the country now has better public warning systems, so it's easier to keep people safe.

Typhoon Koppu is up to 650 km (404 miles) across and is not due to leave the Philippines until Tuesday, when it will be heading towards Taiwan.

Typhoon Haiyan: Remote town fights back after the storm