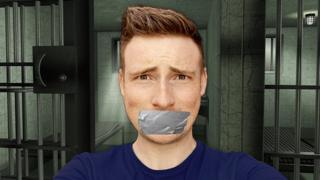 Jack White
Jack White will listen to Never Gonna Give You Up at least 2,500 times while locked in a hotel room

A man has started a charity challenge to listen to the same song on repeat for four days straight.

Jack White will be listening to the song Never Gonna Give You Up by Rick Astley, a song which became a famous internet prank called "Rick-rolling".

He's hoping to raise £2,000 for the Juvenile Diabetes Research Foundation, a charity which supports his nephew, who has type 1 diabetes.

Jack will have to listen to the song at least 2,500 times during his four day challenge!

He'll also say goodbye to speaking and humming during the entire of the task.

He let people choose which song he had to listen to, and it was a close run against Let It Go from the film Frozen.

The challenge began at midday on Friday and will finish it at 3pm on Monday.

Jack said: "I'm not really much of a Rick Astley fan and I definitely won't be after Monday."