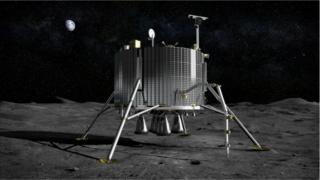 European and Russian space agencies are planning to send a lander to an unexplored area at the Moon's south pole.

The mission is called Luna 27, and hopes to launch in five year's time.

One of the aims will be to try to discover if there is enough water and raw materials to make fuel and oxygen.

They will do this by sending a probe to an area near the Moon's south pole which has never been explored.

The south pole of the Moon is freezing cold and has areas of constant darkness.

The probe will drill down into the Moon's surface and send back the research samples.

The European Space Agency hopes to find out whether astronauts can live and work on the Moon for long periods of time. 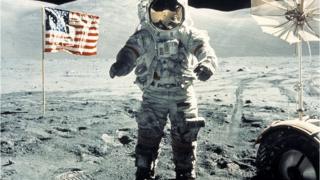 NASA
Eugene Cernan was the last man to step off the Moon. Europe and Russia want to go back

Bérengère Houdou, who is the head of the lunar exploration group of at the European Space Research and Technology Centre (Estec) said: "We have an ambition to have European astronauts on the Moon."

"There are currently discussions at international level going on for broad cooperation on how to go back to the Moon," he added.