What is Britain's favourite insect?

Are you a fan of ladybirds, or do you prefer a bumble bee?

The Royal Society of Biology (RSB) asked for people in the UK to vote for their favourite British insect.

There are over 20,000 different species of bug in the UK but many of them are endangered, and some species have disappeared all together.

The RSB hope that the survey will raise awareness of the important jobs these insects do to help us, such as pollinating flowers, and helping to get rid of waste.

They also hope that it will encourage people to find out more about bugs they might not know about.

The name "buff" comes from the colour of the Queen bee's bum, which is a slightly yellowy colour.

It's one of the largest species of bee in Europe.

The bees play an important part in the pollination in flowers and crops.

They have excellent navigation skills, and can find their way back to the hive from as far away as 13 km. 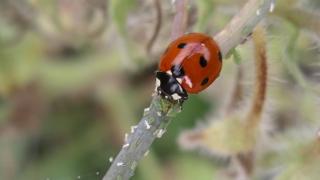 Helen Roy
The Seven-spot Ladybird is very helpful to gardeners, as they eat aphids which destroy crops and plants.

The Seven-spot Ladybird can be found all over the UK living in gardens and parks.

It's bright colours help to protect it by warning predators that they don't taste very nice.

The humble bug is considered to be a gardener's best friend, as it eats lots of green aphids, small bugs which eats plants and crops.

There are 46 different species of Ladybird in the UK, and the Seven-spot is the most popular. 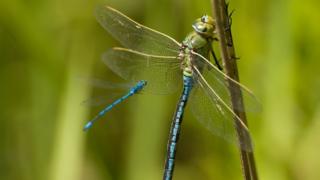 Clifton M Beard
The Male Emperor Dragonflies are bright blue when they are fully grown.

The Emperor Dragonfly is the largest dragonfly in the UK, and is very brightly coloured.

This dragonfly is fiercely defensive of its territory, and will chase off intruders.

You can usually find Emperor dragonflies living near ponds or canals, where it hunts for food.

Male dragonflies are bright blue in colour, whilst females tend to be green. 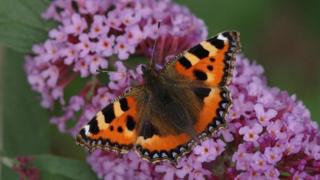 PA
The Small Tortoiseshell butterfly used to be one of the UK's most common butterflies, but now is in decline.

The Small Tortoiseshell is one of the UK's most recognisable butterflies with its bright orange and black markings.

It is one of the first butterflies to be seen in spring and in the autumn it often visits garden flowers in large numbers.

It also likes to live in patches of stinging nettles.

The Small Tortoiseshell has massively declined in numbers recently, and many people believe this could be because it is under threat by a fly called Sturmia bella. 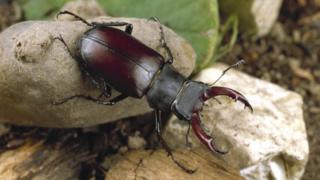 Science Photo Library
Male Stag Beetles have large antlers, which they use to fight off other rivals.

The Stag Beetle is one of the UK's biggest beetles and the most recognisable.

Male Stag Beetles have large antlers which stick out from their jaw.

They use these to scare away predators, and also fight rival stag beetles.

They like to live in wooded areas, but are becoming more and more rare in the UK.

Secrets of the world's most acrobatic insects revealed