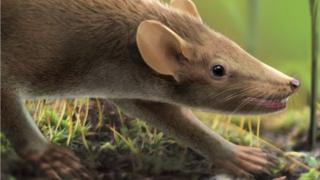 A 125 million-year-old fossil, described by scientists as a cute furball, has been discovered.

The ancient creature, called Spinolestes xenarthrosus, has been preserved very well and was found in Las Hoyas Quarry in central Spain.

Scientist Dr Zhe-Xi Luo, from the University of Chicago in America, said: "Spinolestes is a spectacular find. It is stunning to see almost perfectly preserved skin and hair structures fossilised in microscopic detail in such an old fossil." 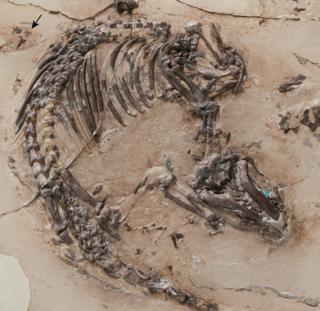 The animal's liver and lung were found intact, as well as fur, spines and scales.

"Normally you find bones and you find skeletons - and there are many, many fossil mammal skeletons found, but never these soft parts in such great detail," explained Prof Thomas Martin, from the University of Bonn in Germany.

The creature was small, somewhere between the size of a mouse and a rat, weighing about 50-70g.

It had big ears and a pointy face, with a short mane and a soft fuzzy belly.

It had small spiky spines on its lower back, as well as scales similar to an armadillo's, helping it to fend off predators. 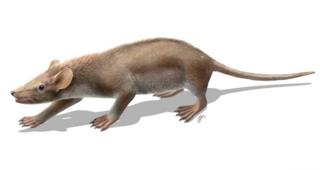 "If a predator comes and bites it on the back, then the spines are easily shed and the predator is left behind with a mouth full of spines, so it can escape" said Prof Martin.

Potential predators probably included small dinosaurs, which have also been unearthed from the same site in Spain.