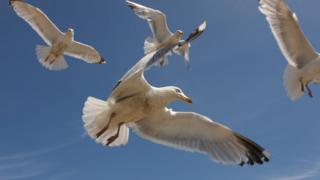 Some people say it's possible to predict changes in the weather by looking at the way certain animals behave.

There are hundreds of sayings and old tales about it, even though there's no scientific proof that they are true.

So we've whittled down some of the best animal weather tales for you. 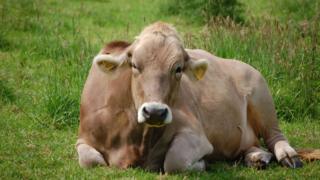 Legend has it that when cows sense bad weather, they become restless or lie down to save themselves a dry spot. Although there's no scientific evidence to prove that it's true. 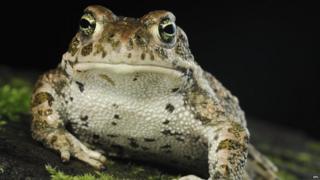 Some scientists believe that toads can sense when an earthquake is about to happen. In 2009, a colony of toads abandoned its pond in L'Aquila, Italy, days before a quake hit the area. The colony went from 96 toads to almost zero over three days. Scientists concluded that shifts under the earth before the quake could have changed the chemistry of the toads' pond. 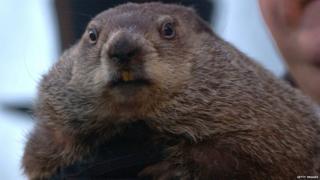 People in America have a tradition of using groundhogs to predict what the weather has in store for them. On 2 February each year, thousands of Americans wait for their most famous groundhog, Punxsutawney Phil, to come out of his hole after a long winter sleep. After he emerges, the groundhog will look for its shadow. It's said that if the groundhog can see its shadow, winter will last another six weeks and it will return to its den. But if can't, it's a sign of an early spring and he stays above ground.

It doesn't always go according to plan though. 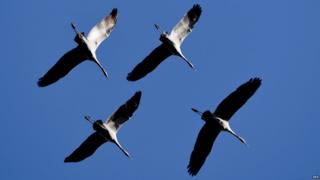 Birds are said to be a good indicator of whether a storm is on the way. It's said that if birds are flying high in the sky then it is good weather. But if they fly closer to the ground, it means a storm could be on the way and they are avoiding air pressure changes by flying lower down. 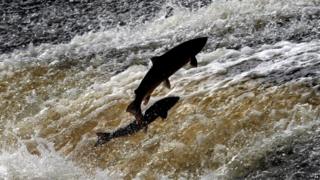 There are lots of sayings associated with weather and fish. One of them is Trout jump high, when a rain is nigh.

Some people believe that when rain is on the way, the air changes and releases tiny creatures living at the bottom of the water. They float up creating a feeding frenzy amongst the fish, causing them to jump around.

Could swans' early arrival mean a long winter ahead?

How are animals affected by an eclipse?

Heatwave: Animals across UK keep cool in the sunshine

Animals take a break from the sun