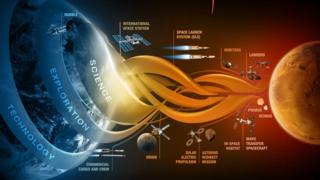 Nasa has revealed its plans to try to get humans living on Mars in the next few decades.

The space agency has set out a three part plan, which it hopes will eventually lead to humans living on Mars by the 2030s.

Unlike the Moon, humans have never physically set foot on Mars, we've only ever used robots like the Curiosity Rover.

By exploring Mars with robots for the last 40 years Nasa has found out lots about our neighbouring planet, including the recent discovery that there is flowing icy water under the crust.

They hope that this huge mission will help us to learn even more about not just Mars, but Earth as well.

So, how will they do it?

What is the plan? 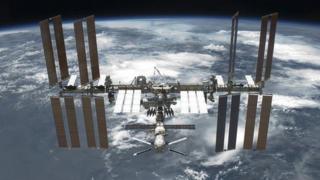 Since 2010 Nasa has been testing out the effects of what living in space can do to the human body, to prepare them for the journey to Mars, and also for living there.

They have done this by sending astronauts to live onboard the International Space Station for long periods of time.

Nasa also sent a team of scientists to live in a "Mars-like" dome for a year near a volcano on Earth, to see if the team can live happily on their own, away from everyday human-life.

They are also doing a number of tests on Mars spacesuits and are currently trying out technology which could be used on the planet. 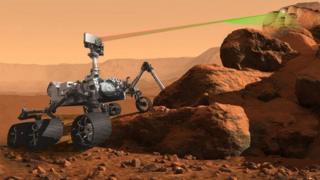 NASA
An artist's picture of how the Mars rover will look like on its visit to the planet in 2020.

In the "Proving Ground" part of their plan, Nasa hope to be able to do experiments in a "deep space" environment which will allow scientists and astronauts to return to Earth in a matter of days.

Most of these experiments will take place in the Moon's orbit.

Some of their plans include teaming up with the European Space Agency as part of their Asteroid Redirect Robotic Mission in 2020, which aims to take a large asteroid from a near-Earth orbit, and move it to travel around the Moon instead. 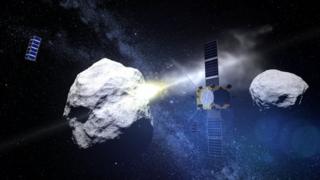 ESA/Science Office/PA
An artists impression of what the mission would look like.

Astronauts aboard the Orion spacecraft will then explore the asteroid in the 2020s, and return to Earth with samples.

NASA will also be testing out its powerful new systems such as the Space Launch System rocket and Solar Electric Propulsion, which would be used for sending supplies to the team, and also for long space travel. 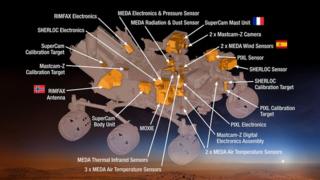 NASA/JPL - CAL Tech
Some of the gadgets which will be on the new Mars Rover.

Nasa will build a new rover robot to join the Curiosity rover in 2020. It will have lots of new gadgets to test out on Mars.

One of these gadgets is called MOXIE, and will be trying to make oxygen, which is an important part of the air we breathe here on Earth, from carbon dioxide, which is in the atmosphere on Mars,

Researchers will also be investigating ways astronauts can recycle better in space. 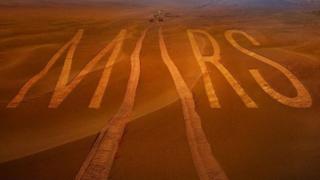 NASA
An artist's drawing of a rover writing "Mars" on the planet's surface.

In the "Earth Independent" phase of Nasa's plan, they hope to be able to send humans to Mars, using all the research and new technology they discovered in the previous phases.

At the moment it takes around eight months to travel to Mars, but scientists are looking into ways to reduce this time.

By 2030 Nasa are hoping they will be able to send people to the edges and surface of Mars, not just to visit, but also to live there for a long period of time.

They will be looking into ways to make fuel, water, oxygen and building materials on the Red planet.

Nasa will also be looking into improving their communications systems with Earth, to allow for quicker exchanges of research and data

For years scientists have been curious about the Red planet, and whether or not humans would be able to live there.

Recent research has proved that there is water on the planet, and that at one point Mars' climate was perhaps similar to that on Earth.

Robot rovers are also looking for the possibility of whether there is alien life there too.

Sending humans to the planet could help speed up the research and allow us to better understand the history of Mars.

Nasa are also curious to find out if studying Mars could help us find out more about our own planet, and even how our solar system was born.

However Nasa could be pipped to the post in the race to Mars, as a non-profit organization based in the Netherlands has said they will land humans on Mars by 2027.