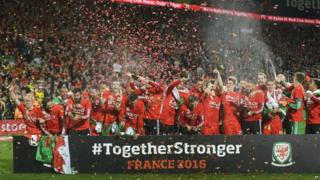 Wales ended their Euro 2016 qualifying campaign with a win against Andorra on Tuesday evening at Cardiff City Stadium.

After a goalless first half, the breakthrough came five minutes after half-time, as Aaron Ramsey fired in a rebound after Ashley Williams's header was saved.

Gareth Bale then struck his seventh goal of the campaign with five minutes left of the game. 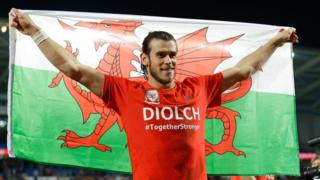 Wales have now finished second in Group B following Belgium's win against Israel.

They had already qualified for Euro 2016 on Saturday, in strange circumstances. They had lost 2-0 in Bosnia-Herzegovina but went through thanks to Israel's 2-1 defeat by Cyprus. 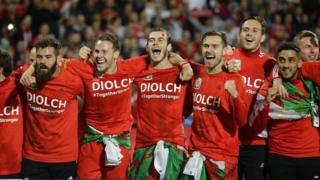 Through qualifying for Euro 2016, they've ended their long absence from major football tournaments and there were big celebrations afterwards in Cardiff City Stadium.