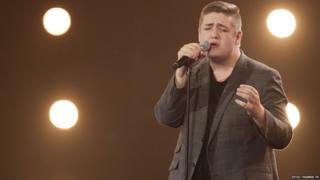 X Factor contestant Tom Bleasby has pulled out of the talent competition.

The show said that he had chosen to withdraw "due to personal reasons".

Tom told ITV: "I just don't know if I felt vocally ready to take on the competition and the pressure."

On Sunday's show viewers saw the 19-year-old from Leeds win a place in Nick's final six boys. He'd initially lost his seat to Ben Clark but Nick Grimshaw changed his mind due to the crowd's reaction and chanting to bring him back.

He then brought Tom back and swapped him with Nathanael Landskroner. 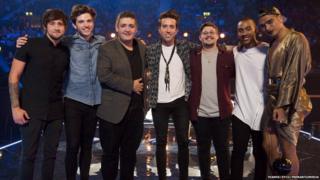 X Factor bosses said they'll reveal what will happen with Nick Grimshaw's category and Judges' Houses "in the coming days".

There's already a social media campaign to bring back Ollie Marland - the last boy to lose his seat in the Six Chair Challenge. 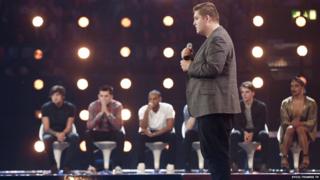 Tom's departure comes a week after he appeared on Ellen DeGeneres' US chat show to talk about his virtual duet with Jessie J that went viral.

He used a karaoke app to make it look like he was singing with Jessie.

The YouTube has been watched more than 11 million times since it was posted in May.

Ellen surprised Tom on her show by bringing on Jessie as he began to sing Flashlight.