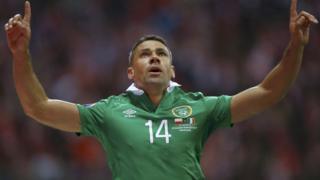 Ireland will have to face the play-offs to qualify for Euro 2016.

It's because they lost 2-1 to Poland in Warsaw so they missed out on automatic qualification to take part in the tournament.

Manager Martin O'Neill said: "We are there and whoever we draw, we will be ready for the game."

The draw for the play-offs will be held on Sunday October 18. 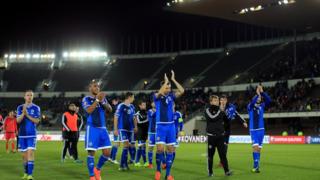 Northern Ireland finished top of Group F after a draw against Finland in the capital Helsinki. 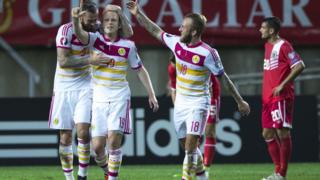 Getty Images
Steven Naismith scored one of the goals

Scotland beat Gibraltar 6-0 in their final match. Gordon Strachan's side finished in fourth place which means they won't be taking part in the tournament.

England finish their qualification campaign against Lithuania on Monday. Phil Jagielka will be the captain.

Roy Hodgson's team have won all nine matches so far and will be hoping to maintain that perfect record.

Wales have already qualified for the competition.

They'll play Andorra in their final group game on Tuesday.