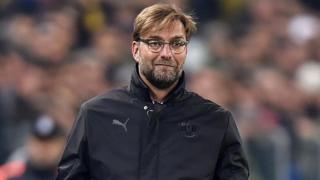 Jurgen Klopp has signed a three year deal to take over as Liverpool's new manager.

He becomes only the second German ever to manage in the Premier League and replaces Brendan Rodgers, who was fired on Sunday after three and a half years in charge.

Klopp was always the front runner for the job despite links to Frank de Boer and Carlo Ancelotti.

Liverpool are currently 10th in the Premier League.

Liverpool manager: Who'll be the next?