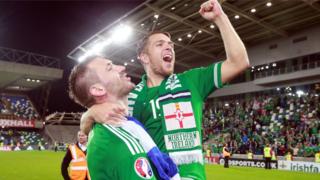 Northern Ireland have qualified for the Euro 2016 finals after beating Greece 3-1 at Windsor Park.

It's the first time that they have made it through to a major tournament in 30 years.

Two goals from captain Steven Davis and one from substitute Josh Magennis helped them to the historic win.

BBC Sport reporter Andy Swiss summed up the mood after the game. 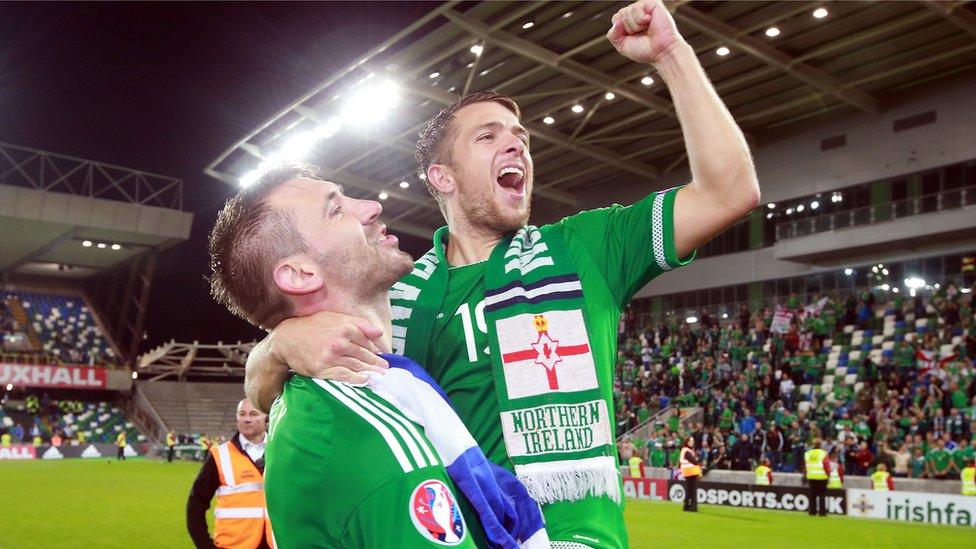