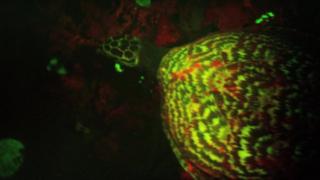 A glow-in-the-dark sea turtle has been discovered in the South Pacific ocean.

Marine scientist, David Gruber, was diving near the Solomon Islands when he shone a special light at the turtle and saw that it glowed in the dark.

Scientists think that the hawksbill turtle is the first reptile known to have biofluorescence, which enables the creature to absorb some colours of light and glow. 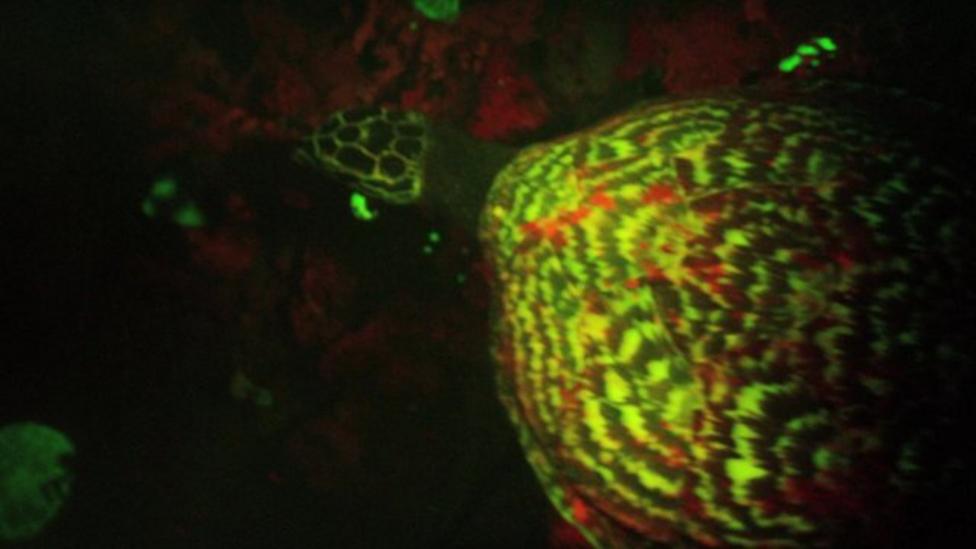